(Read the Known Issues section below if you run MacOS 10.15 “Catalina” or later)

With Figwheel started, re-frisk started, and the ClojureScript REPL started, you can move onto the second window, and enter the next command:

If you open back up the second Terminal window, you will see the dependency graphs now building out, and the progress being charted:

Finally, if you open back up the first Terminal window, you will see the ClojureScript REPL started and ready to go:

This REPL is where you can execute your Clojure code, making any additions / edits to the Status dev codebase! 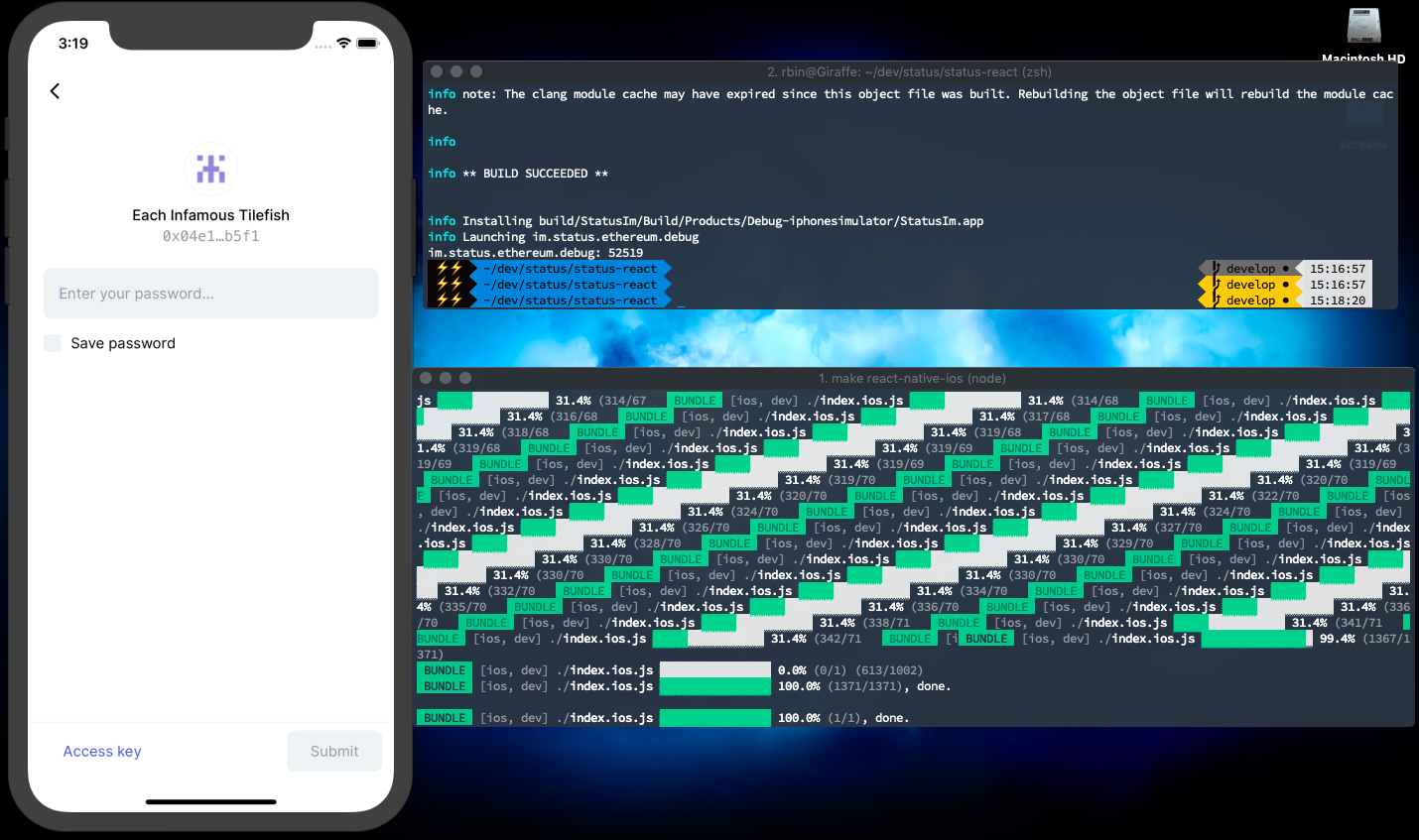 As mentioned above, our Makefiles loaded up a re-frisk instance for us, to aid development / debugging. If you open a browser window and head over to http://localhost:4567 – you can make use of this.